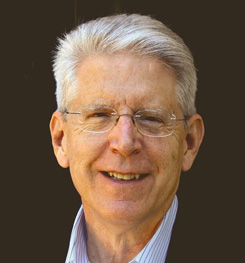 Dr. Maniatis is Professor and Chairman of the Department of Biochemistry and Molecular Biophysics at Columbia University Medical School in New York. He pioneered the development of gene cloning technology and its application to the study of eukaryotic gene regulation. He also co-authored the Molecular Cloning Manual, which was instrumental in the world-wide dissemination of the technology. The primary focus of his current research is to understand neurodegenerative disease mechanisms.

Dr. Maniatis is a member of the U.S. National Academy of Sciences, and has received numerous awards for his research contributions, including the Eli Lilly Research Award in Microbiology and Immunology, the Richard Lounsbery Award for Biology and Medicine from the U.S. and French National Academies of Science, and the Lasker-Koshland Special Achievement Award in Medical Science.

He is a co-founder of Genetics Institute, where he chaired the Science Advisory Board and served on the Board of Directors for over 17 years. During this time the company gained FDA approval for several protein-based drugs, including EPO, Factor VIII and Factor IX, GM-CSF and bone morphogenic proteins.

He was also a co-founder of ProScript Inc., which discovered the drug Velcade for the treatment of multiple myeloma. Velcade is the leading product of Millennium Pharmaceuticals.

Dr. Maniatis is a co-founder, member of the Board of Directors, and head of the SAB of Acceleron Pharma, which is developing drugs to treat musculoskeletal diseases.