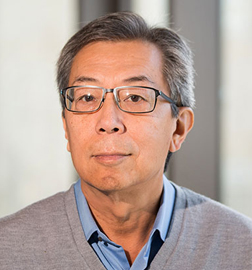 Dr. Tjian joined The Column Group as a Discovery Partner in September 2016. Prior to that he served as President of the Howard Hughes Medical Institute 2009-2016.

Dr. Tjian discovered the first human proteins called transcription factors that bind to specific sections of DNA and play a critical role in regulating how genetic information is expressed into the thousands of biomolecules that keep cells, tissues, and organisms alive. Tjian’s laboratory has focused on disruptions in the process of transcription that cause diseases such as cancer, metabolic syndromes, and neuro-degenerative diseases. Most recently, he has developed cutting edge molecular imaging systems to track the dynamic movement of individual proteins in live cells in real time to study how transcription factors control the self renewal, pluripotency and differentiation of embryonic stem cells.

Dr. Tjian joined the University of California, Berkeley faculty in 1979, where he assumed several leadership roles such as: Director of the Berkeley Stem Cell Center, Faculty Director of the Li Ka Shing Center for Biomedical and Health Sciences and Head of the Siebel Stem Initiative. He currently holds the Li Ka Shing Chancellor’s Chair in Biology and serves as scientific advisor to the Chan Zuckerberg Initiative and the BioHub.

He is a member of the National Academy of Sciences and has received numerous awards including the Alfred P. Sloan Prize and the Louisa Gross Horwitz Prize. He was a co-founder of Tularik with Dave Goeddel and Steve McKnight and a founding Science Partner of TCG.

Board of Directors: Neurona Therapeutics