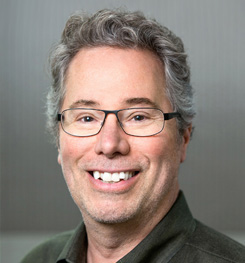 Richard H. Scheller joined 23andMe in April of 2015 as chief scientific officer and head of therapeutic development. He is responsible for translating genetic information into the discovery and development of new therapies for both common and rare diseases.

Dr. Scheller served as chairman of the Genentech Foundation’s board of directors.

Dr. Scheller received his bachelor of science in biochemistry in 1975 from the University of Wisconsin–Madison and his doctorate in chemistry in 1980 from the California Institute of Technology. After postdoctoral research fellowships at Caltech and the Columbia University College of Physicians and Surgeons, Scheller was hired as an assistant professor at Stanford University in 1982. In 1993, he was named a professor of molecular and cellular physiology and biological sciences, and in 1994 as an investigator with the Howard Hughes Medical Institute at Stanford University Medical Center. He has been an adjunct professor at UC San Francisco since 2004.

Dr. Scheller’s research elucidating the molecular mechanisms governing neurotransmitter release earned him the 2013 Albert Lasker Basic Medical Research Award, the 2010 Kavli Prize in Neuroscience, and the 1997 US National Academy of Sciences Award in Molecular Biology, among other honors. In 2014, he received a Distinguished Alumni Award from Caltech.