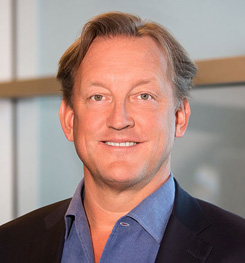 Prior to TCG, he was the Founder and Managing Partner of Three Crowns Capital where he helped found and/or finance large parts of the venture capital for biotech companies such as: Tularik (“TLRK”), Rosetta (“RSTA”), PTC (“PTCT”), Chemocentryx (“CCXI”), Rinat, Tercica (“TRCA”), Somalogic (“SLGC”), Infinity (“INFI”) and Fiveprime (“FPRX”).

Prior to Three Crowns Capital, he was the Associate Managing Director in charge of European Investment Banking Origination for Nomura in Europe.

Mr. Svennilson is a Trustee at The Institute for Advanced Study in Princeton. He received an MBA from the Stockholm School of Economics with further studies at the MBA programs at INSEAD in Fontainebleau and London Business School.