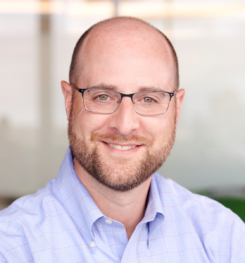 Jeff Goater joined The Column Group as a Venture Partner in 2021. Previously, he served as Chief Executive Officer of Surface Oncology.  During his tenure at Surface, the company fostered an award-winning culture, advanced four programs into clinical development, completed its initial public offering and secured multiple strategic collaborations, including a transformative partnership with GlaxoSmithKline.  Prior to Surface, he served as Chief Financial Officer of Voyager Therapeutics where he was one of the members of the founding management team. While at Voyager, he led its crossover financing, initial public offering and strategic partnership with Sanofi Genzyme.  Previously, Mr. Goater spent nearly a decade in investment banking, most recently as a managing director at Evercore Partners, advising on more than $100 billion in strategic transactions in the biopharma industry. He began his career as a research scientist in the field of AAV gene therapy and holds master’s degrees in microbiology/immunology (M.S.), pathology (M.S.) and business administration (M.B.A.) from the University of Rochester.  Mr. Goater serves on the boards of Surface Oncology, Vaccinex and LogicBio Therapeutics.  He also serves on the board of advisors of Life Science Cares in Boston.