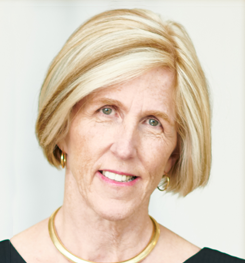 Position: Science Partner
Dr. Hobbs is a human geneticist with expertise in lipid metabolism. She is an Investigator of the Howard Hughes Medical Institute and a Professor of Internal Medicine and Molecular Genetics at the University of Texas Southwestern Medical Center. She spearheaded the establishment of the Dallas Heart Study (DHS), a multiethnic, population-based study in which she and her scientific partner, Jonathan Cohen, have discovered multiple genetic determinants of plasma lipid levels and cardiovascular risk. They identified the first individuals with inactivating mutations in PCSK9 and showed that these individuals have reduced blood levels of low density lipoprotein (LDL)-cholesterol and are protected from heart disease. These findings led to the rapid development of two FDA-approved, anti-PCSK9 antibodies for treatment of hypercholesterolemia and prevention of heart attacks. Her work has highlighted the function of selected angiopoietin-like (ANGPTL) family members in lowering plasma lipid levels and altering lipid trafficking to tissues. She also identified and has characterized the function of a heterodimeric cholesterol transporter (ABCG5/ABCG8) that protects humans from the accumulation of dietary sterols.

More recently, the focus of her work has been on fatty liver disease. Here she has discovered genetic variants conferring susceptibility to fatty liver disease (PNPLA3, TM6SF2) and resistance (HSD17B13) to progression of the disorder; she is currently determining the physiological and pathological roles of these proteins.

Board of Directors: Atavistik Bio